It's been a while since we've posted a restaurant review! We haven't been out to eat much lately, and when we have gone, it's been with other people (and we've eaten at chain restaurants, and we'd rather review local restaurants).
On Friday night, Stew surprised Lindsey with dinner out. We decided we felt like Mexican food, so we decided to try the Red Iguana 2 (same as the Red Iguana restaurant downtown, two blocks away). We were excited, because everyone says Red Iguana is so good. We really liked the Blue Iguana (see our review) and were excited to compare them. We waited for an hour (the wait was longer at the original restaurant, and since we'd already been there—on one of our first dates—we decided to try the new one). 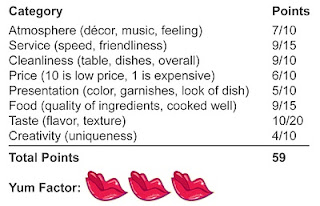 Ouch! Sorry everyone who loves the Red Iguana, but we were not too impressed. Here's our explanation:

First off, there was no parking (although they did have a free valet, which we took advantage of). When we walked in, our nostrils weren't filled with the smell of delicious Mexican food. But the whole atmosphere and decor of the place is fun, with lights draped from the ceiling. We think the Red Iguana 2 looks a little more family-friendly than the original Red Iguana. They SHOULD have more tables and chairs though, especially if so many people want to eat there! We were finally seated and right off the bat felt like our server didn't really enjoy his job. 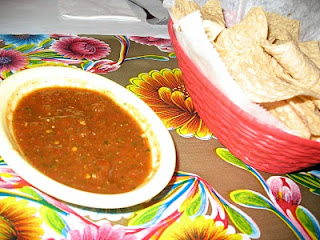 Okay, so like most Mexican restaurants, we were brought chips and salsa, which were good. The salsa was fantastic and we went through two bowls (it's pretty spicy!). The chips were alright, but we felt like they just opened up a bag. They would have been great if they had warmed them up. 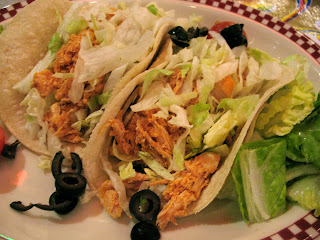 Lindsey ordered the Red Iguana Chicken Tacos, same thing she ordered at the Blue Iguana (except not called “Red Iguana”). These tacos were definitely not as good. They were seriously lacking some flavor, moisture, and toppings. They don't even come with rice and beans! Over $8 for that? I don't think so. Lindsey poured salsa and Stew's guacamole on them, and then they were okay. However, if you want the BEST chicken tacos ever, get Liz Edmund's book! 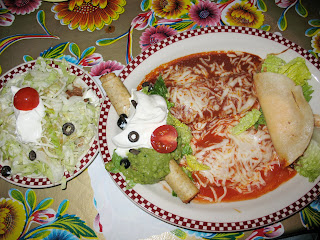 Stew ordered the “Red Iguana.” He thought that combo plate would be a good flavor of the whole restaurant, if the dish was named after it. This dish included one cheese enchilada, a shredded beef taquito, a beef flauta topped with guacamole and sour cream, a chile relleno and a beef tostada. All for $13. The taquito was probably Stew's favorite, but he didn't love any of them and didn't even finish the plate (rare for him!).

We were too full to order dessert (we would have ordered the Tres Leches); we really filled up on chips and salsa.

Waiting twice the time it takes you to eat isn't really fun, especially when you're waiting so long for food that doesn't amaze you.

So Guy Fieri stopped at Red Iguana for his show, Diners, Drive-Ins, and Dives. So maybe the Blue Iguana tried to copy the Red Iguana. So maybe we ordered the wrong thing (but shouldn't anything you order at a “good restaurant” be good??). So maybe our expectations were too high. If you love the Red Iguana, we'd love to know why. We thought it was a little overrated. Are we mean??