We saw Basila's Mediterranean Cafe and had to try it for the Baklava (we ate at a yummy Greek place on our honeymoon in Maui called Pita Paradise that had Baklava ice cream cake). 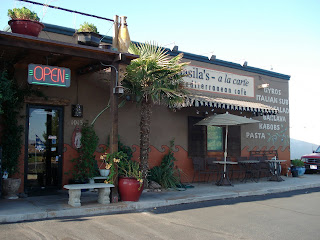 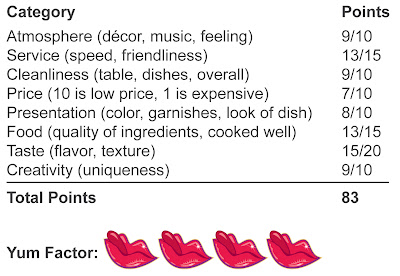 The cafe is really small, but had a hip feel to it, with Edward Hopper paintings and other art hanging all over. We were the only ones there when we first walked in (we equate this to St. George=old people, old people eat earlier). The waitress was really friendly and immediately got our drinks. 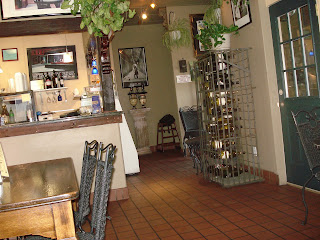 We were brought this delicious bread with a balsamic vinegar and olive oil dip (although, the vinegar stayed at the bottom of the bowl and was really hard to get—we asked for more vinegar on the side). Free appetizers are always a plus for us!! 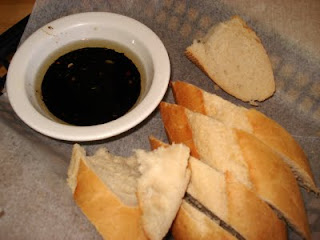 Since we were sharing a meal, we each ordered house salads. They had unique Mediterranean ingredients like feta cheese, chick peas, beets, and a balsamic vinegar dressing. 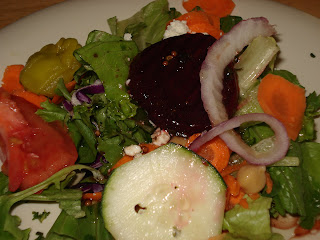 This is the Combo Platter. The spinach pie (on the left) was surprisingly tasty! We're not huge fans of hummus (at the top), or stuffed grape leaves (top right, and yucky texture). The chicken and steak kabobs with lemon raisin almond rice were fantastic (middle right)! It came with pita bread too, which was good. 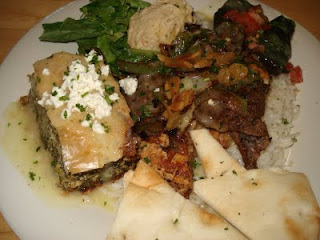 When dessert came (what we'd been waiting for), we ordered the Baklava. The waitress came back and said they were out!!!!!!!! How does a Greek restaurant run out of Baklava??!!! So we ordered the key lime cheesecake. It was good, an average cheesecake (Stew thought it tasted like Costco cheesecake). 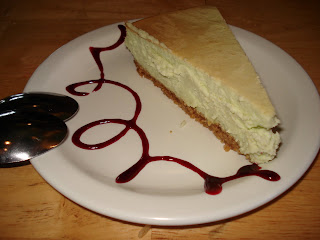 Overall, we were satisfied with Basila's and would go back...before the baklava runs out. ;)
Labels: Restaurants St. George Restaurants