We were too excited to try this place! Stew had a key lime cupcake from Sweet Tooth Fairy at work one day and came home raving about it. It is located across Provo Towne Center by The Quilted Bear. 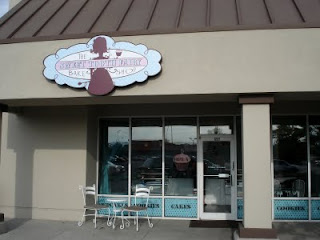 The one thing we didn't like was that they're only open until 7:00 pm! We think they would get a lot more business if they stayed open later. 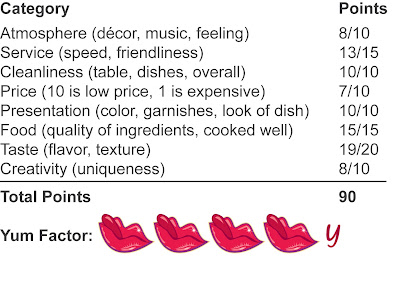 Highest review yet! Although they didn't really have “servers” to lower the service grade. The atmosphere is really cute, with kind of a “fairy” feel and music to match. We wish they had more seating, it could be a great hangout! A cupcake is $2.25, which seems expensive for one cupcake, but if you compare it to a cup of ice cream, it's about the same.
We got four cupcakes to go...yes, just for the two of us. Say what you will. We're not ashamed ;) 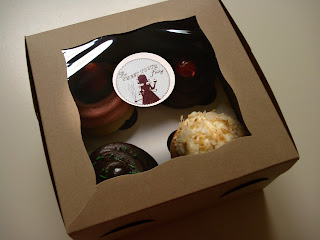 Warning: the cupcakes are VERY sweet and RICH! Like, burn in your cheeks sweet goodness. Maybe that's why it's called the “Sweet Tooth” Fairy.

The first cupcake we tried was the Double Fudge. 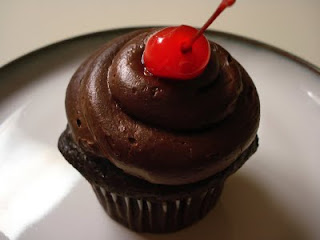 Wow. It tastes even better than it looks. The cake is so moist and combined with the rich creamy frosting it takes over your mouth. It is wonderful. 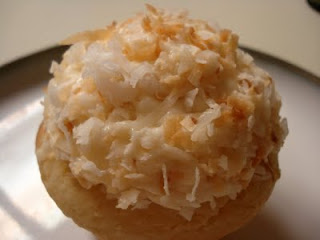 The crunch of the toasted coconut really adds dimension to this cupcake. The cake is lightly coconut flavored, and the frosting has a hint of almond. A-MAZ-ING.

Then we went to the gym (not because we felt guilty, it was just in the plans). We got back and wanted more, so we tried the Strawberry Shortcake. It was our favorite! We can't even describe it...great strawberry frosting, moist moist moist cake...YUM! 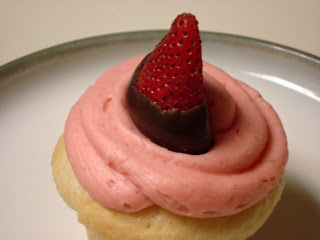 Grasshopper was the last flavor we tried. Very rich and dense and a great mint flavor! 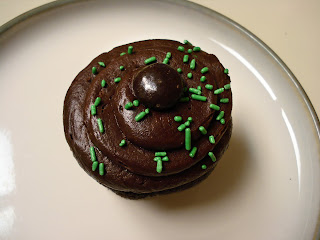 Here's a video of us biting into the last two cupcakes. We ate the first two with forks. It's definitely more fun to bite into them :) We had just gotten back from the gym so that's why we look gross...
If we could eat a cupcake every day (without spending money or getting fat), we totally would! You should definitely head over to The Sweet Tooth Fairy! They aren't open on Mondays, just Tuesday through Saturday, 10:00 am to 7:00 pm. They also have cookies that looked great, candies, and cake bites!
Labels: Provo Restaurants Restaurants